The internet may be divided as to whether Justice League: The Snyder Cut was a hit or not. But one thing’s for sure: it offers many personal development lessons that can transform you into your company’s next star.

1) Don’t Be Afraid to Repurpose What You Have

Unless you’re a DC Universe fan, you won’t notice that some Man of Steel and Batman v Superman footage has been reused.

For instance, the shot where Darkseid puts his hand on Superman’s shoulder is from Man of Steel but reversed.  Similarly, the shot where Superman rescues Lois Lane is originally from Batman v Superman.

As time is money, Zack Snyder didn’t wait have to wait long for actors’ schedules to clear up. Instead, he used what he already had and built on it. And this is one of the best practices PRINCE2 and many frameworks and methods agree on.

So, try being innovative with what you already have. Don’t waste too much time on starting from scratch, especially with gems from previous projects readily available.

For many, Zack Snyder’s Justice League was a great chance to fix many of the issues Joss Whedon’s take on the story. For instance, Henry Cavill’s CGIed upper lip didn’t need to make an appearance here. Similarly, the forced insertion of the Russian family near the nuclear reactor was completely absent.

The 2021 movie is a great lesson in doing things right if a do-over is necessary. The things that made critics go crazy (and not in a good way) were completely removed to make this a better version. While there are some issues, at least the older ones were thoroughly addressed.

3) Whether You’re Saving the World or Doing Work, Teamwork Matters

While this may not be unique to the 2021 Justice League movie, it’s worth mentioning. Despite each member’s strong abilities, none of the DC superheroes could save the world alone. For instance, while Cyborg tries separating the Mother Boxes, the Flash helps him while Batman protects him.

The self-improvement lesson from this is to remember that teamwork requires joint effort. One where the strengths and powers of everyone is leveraged to achieve tasks and great feats.

While you may want to kill one another at times, your focus should be on the end results as these are what you’ve been hired for.

The 2017 Justice League theatrical cut received a lot of criticism since Batman wasn’t expected to be a solo hero. The Snyder cut fixed this; everything Batman did was for the team and its benefit.

In addition to assembling the team, he played the role of an older mentor. He also treated his circumstances with sufficient concern and intensity. All of these are acts which made Batman the true leader of the team.

As a leader, you need to be ready to equip and prepare everyone to do what’s necessary. While this means you won’t be the team’s poster boy, rest assured your efforts will be appreciated by both your superiors and your peers.

5) Learning is a Continuous Process, so Never Stop

Snyder fleshed out the story of Cyborg in his version of the movie. That’s why it was interesting watching him re-adapt as a cyborg and find new skills and abilities. Even if it was unintentional, he always learned a new thing that would make him valuable to the team.

Whether you’re part of a team or leading it, you need to embrace continuous learning. In addition to new knowledge, you should enhance your skillset with soft and hard skills. For instance, you can touch up on negotiation and your communication skills.

You can also earn a certification that boosts your professional profile. This will open several career doors for you and help you climb your career ladder quicker.

If you too watched Justice League: The Snyder Cut and picked a few career tips from it, share them with us in the comments below. We’d love to hear your take as well. 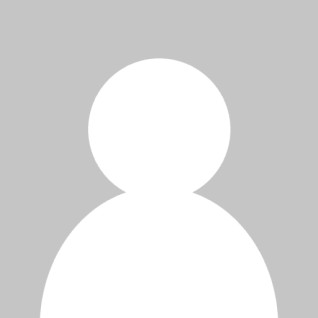 Maha Khursheed is Manager - eLearning at LearningCert. A software engineering graduate, she has over 13 years of copywriting experience. Find her on her LinkedIn

Copy link
Powered by WP Socializer
Manage Cookie Consent
LearningCert uses information gathering tools including cookies, IP tracking, Google Analytics and other similar technology. We use this information to personalize content, offerings, and to analyze our traffic. We also use the information about your use of our site to improve our offerings.
Manage options Manage services Manage vendors Read more about these purposes
View preferences
{title} {title} {title}
Corporate Solution
×